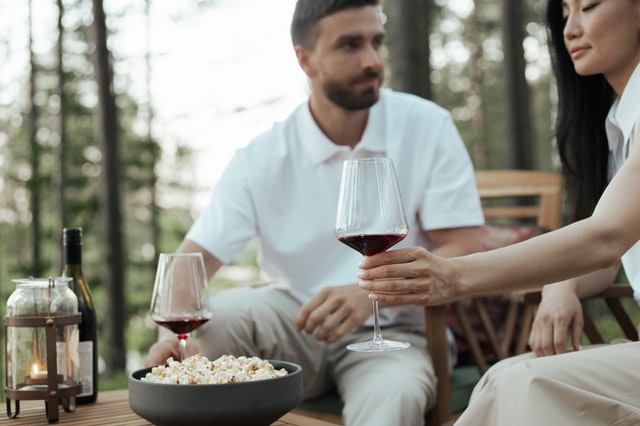 When I was researching for this post, I came across some really interesting questions that people have been asking online. Mostly on sites like Quora.com, Reddit, and Yahoo. But one very popular question that was asked many times, is why are Asian women so popular on dating sites?

Men go to Thailand seeking for foreign brides. Now even though Ukraine is also very popular with people who are seeking foreign brides, Asia, has taken over the online dating world with many men flooding Asia to find that meek and obedient bride, who is gentle, silent, and will do as she is told.

Plus Let’s be honest Asian women are super beautiful especially those from India, in my opinion, India has the most beautiful women in the world, but that’s just my view.

It’s Not Always About Green Card, But It Does Play A Part

Now, I know what is going through your mind as you read this. I can almost see it Green card, that is what you are thinking right? Well, even if that was the case, it does not mean that the Asian women are not looking for love on the internet. In my opinion, I think it’s good that these women are going for what they want.

If they want to relocate to other countries for better opportunities, why not? Plus if they can find someone who lives in these parts of the world and falls in love, hey, that is jackpot right?.

The men on the other hand, I think most of them over fetishize the Asian women, yeah if you didn’t know the Asian fetish is a thing. Because Throughout history the Asian woman has been depicted as a quiet obedient and overall gentle person. Men tend to think that this kind of woman is what they will get when they get a bride from Asia.

Problem arises when they get involved with someone who does not possess the typical Asian woman characteristics. The truth is the Asian women have taken over the online dating sites and apps with many sites having special sections dedicated to Asian women, and even breaking the sections into categories like Thai girls, Filipino girls, Japanese, girls, Chinese. Girls Indian girls, etc.

Because Of The Asian Women Preference, The Asian Men Are Not Doing So Well On Dating Sites

Now the people who are not doing so well on dating sites are Asian men, and black women, the stereotypes, that black women are aggressive, loud, mean and difficult to deal with has made it difficult for the sisters to navigate the dating sites and apps. Also, when it comes to African women, it’s still difficult for them because of the international media depicting Africa as a poverty, deases infested Continent.

Many people feel like by getting involved with an African woman, they are going to deal with all kinds of problems. What they fail to understand is that, Africa is a big Continent and all countries are not the same, plus African people are hardworking people. And believe it or not African people are actually very proud and would rather find a way to work and make money than depend on handouts.

Anyway, Going Back To Why Are Asian Women So Popular On Dating Sites?

The fact that Asian women are perceived as being nice, and quiet, makes it easy for the American or European men to feel the need to subject them to all kinds of disrespectful demands. For example check out the clip below, of this guy demanding that the Flipino Beauty he met on FaceBook, take an STD test before he can decide whether he will have sex with her.

I understand the need to want to make sure that all is well before you start exchanging body fluids with someone, but, there is a respectful way to bring up such a topic. For example, why not suggest you both have the test. I mean what makes you think that it’s only the Asian woman who can give you an STD?

We don’t know what you’ve been doing or who you’ve been doing it with. I think this is very hypocritical and super disrespectful. In this case, the guy said that he was demanding the STD test because the girl was reluctant to discuss her past relationships. Even if that is the case, why not bring up the subject in a respectful manner?

Besides the STD test does not prove that someone has not been sleeping around, what if they have been using protection?

There Is Always A Chance That You Are Being Scammed.

When you are on those dating sites, there is always a chance that one is pretending to be in love with you just because they want a way out of a bad situation. And they see you as the solution. There was a case I saw where this guy traveled to  Thailand to meet his girlfriend that he had met online. When he got there he found that the girlfriend had been living with a friend because she had lost her job and had been kicked out of her apartment.

Or maybe she was indeed using the boyfriend as her way out of Thailand. The truth is, when you get in any relationship, you are taking a chance, you are actually gambling, it could be the real thing, and it could be a scam too. There is no way to know for sure what is in someone’s heart. Although some actions can give you indications as to what the person feels for you.

You, Will, Be Able To Know If Someone Is Simply Using You As A Way To Better Life

If someone sees you as their way to green pastures, they will be more interested in knowing how soon you can start the visa process. They will be so much focused on the idea of them moving in with you, rather than you moving in with them. These days since most people are able to work online, you might find American or Canadian guys who would like to move to Let’s say Thailand.

I have said this many times, but I will say it again. Just because the woman is from Asia, does not guarantee that they will be your typical Asian bride. You need to get to know the woman’s personality individually. The stereotype is what later creates problems in relationships.

When you find out your Asian bride is not meek silent, and obedient, then you will start having trouble. When looking for love online, try to go for the qualities that you would want in a person rather than The country, or Continent the person is from. I assure you being from Asia will not guarantee a successful marriage.

Thank you so much for your time and please feel free to leave your comments below regarding this topic.