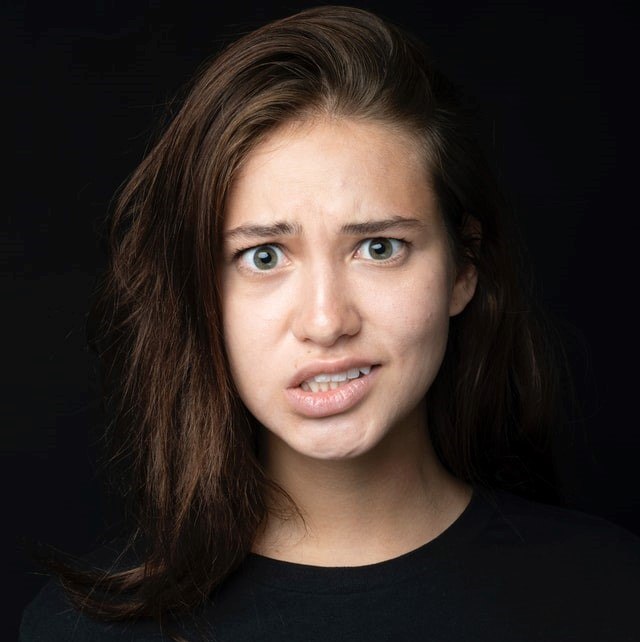 Today I want us to talk about the worst online dating conversations I have ever had. I was inspired to write this article after seeing a very interesting Instagram account that shares funny conversations on a dating app called Bumble. So I thought I’d share my own stories. Mine is not funny per se but this is what my blog is about, sharing every aspect of online dating. There are some really weird people out there. And I am not even talking about the take off your clothes kinds of conversations.

I am talking about some conversations that left me wondering, was he serious? the worst online dating conversations I have ever had were mainly with, and I am sorry to say, but European guys. Although I did have one really weird conversation with an American guy, to be fair, some of the people on online dating do lie about their location, so we really can’t say for sure where they were from.

So Here Go The Worst Online Dating Conversations I’ve Had

OK, so my number one most weird and disturbing conversation, was with this guy, let’s call him Jack(sorry to Jacks out there lol) I asked him, and this is a question I asked all the guys who contacted me, I said so what made you pick me from all the profiles you have seen on this site?

He told me that he was interested in African women but most of the African women that were contacting him had what he termed as ”primate facial features” I asked him, can you please explain? He said that he was looking for African women ” who don’t have wide noses, large lips, and very dark features”

To this I replied, won’t be easier for you to just stick to white women? He said he did not want to be with white women anymore. Then I said, how about Asian Women then? Because if you are going to tell African women that you picked them because they don’t have those features you mentioned, what if you get together and get serious to a point where you will make babies, what if the babies come out having those features?

He told me that I was thinking too far ahead, and actually, he had no intention of making babies with an African woman.

Why Try To Date An African Woman Then If You Hate Africans?

At this point, I was getting really irritated, like why bother with African women if you hate them so much? To cut the story short I did tell him that we are not a good fit because, there is no way I would be comfortable being in a relationship with someone who sees my kind in that way.

Because my nose might not be so wide, but the fact remains I am 100% African, and my brothers and my sister might have wider noses than mine, then what? when they come to visit I will just be thinking about how my man is looking at their noses lol. Although some issues might not seem serious, they could cause lots of trouble in the future. So Be careful, I know these days people are spending lots of time on dating sites, and you must not compromise your values.

This Guy Was Looking For A Slave

Another conversation that I remember very clearly, is one I had with a guy who was looking for a slave. And not the 50 shades of a grey kind, he was looking for a real full-time slave, as in you will stay in his house as a slave.

So I asked him what do you get out of owning a slave? he said that it has always been his dream to own an African slave, that he wanted someone who will meet him at the door kneeling down and take his shoes off and basically just serve him. And he also wanted to be able to beat her up and do whatever he wanted with her, without her questioning him or even looking him in the eye.

I did report the guy and forwarded the screenshots of our conversation to the site support. The thing is, there are all kinds of people on dating sites, now even though some are just fooling around, there are some who want to prey on vulnerable African women or even Asian women for that matter. I mean let’s be honest here, some women from the developing countries are there to not only search for love but maybe also for a chance to relocate to the developed countries.

Other Online Dating Conversations That Were Weird.

There was a guy who wanted me to find another woman that we can be co girlfriends with, he wanted to have two girlfriends, but we had to get along, and then if he decided to get married, he was to marry both of us at the same time. I really don’t know what his motive was and I didn’t stick around long enough to find out.

Another one wanted a woman with an elongated, how do I say this? Well, the sensitive female part that is responsible for pleasure. He said that he had heard that women from Uganda, had what he was looking for but he was not sure if it was the case for Kenyan women. But he figured since Kenya borders Uganda, the women in Kenya could possess this requirement that he was searching for.

Obviously, I was not going to start measuring things and sending feedback to some weird stranger. Hey, I am not judging but aren’t the guys who like saying size doesn’t matter? or does that only apply when the shoe is on the side? lol.

There are many weird conversations I had, and I actually found them educational, because I never knew, there were so many weird people in the world until I entered the world of online dating. I think some people just join those sites to pass time, and to sort of express their fantasies.

Online dating, can be interesting, annoying, and even frustrating, but it can be fun too. Whatever happens, you should not let the weirdos break you, just block them and move on. Most of the dating sites and apps have the block, and report features. Although I must admit, I did have one guy who I blocked and he immediately created another account and actually upgraded to the premium membership, and contacted me again.

There is one thing I always did is despite the disagreements, I always made sure I was respectful to people. The guy who created a new account was not nasty to me, but I did block him again because he was giving out some really negative energy and messing up my experience on the site.

Leave your comments below.