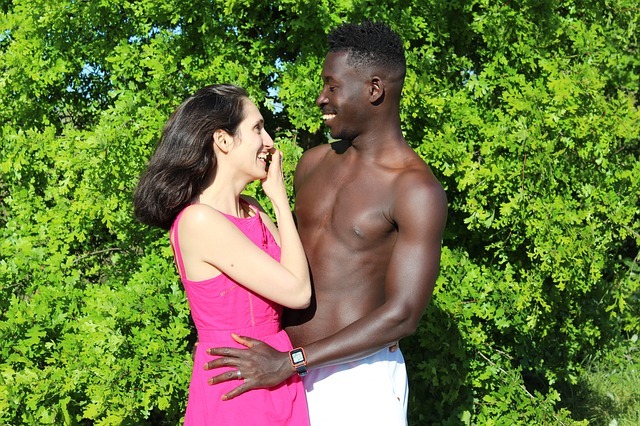 When you are dating someone who is not from your country, things can get awkward at times, so in this article, we are going to look at somethings that you should pay attention to mainly things you should and shouldn’t do especially when you visit your partner’s country. So Let’s get into our international dating tips.

As you know I am a big fan of the show called 90 day Fiances, it’s a show that airs on TLC, and this week things got really interesting, we had Anjela and Michael get into a fight with some guys in the streets of Lagos Nigeria just a few minutes after Anjela landed in Nigeria for her second meeting with Michael.

I understand that Anjela was helping her man but one thing you don’t wanna do when you are in a foreign country is you don’t want to get yourself arrested. In some developing countries, things can get very complicated if you find yourself in jail, so my advice is, if you can, please try to avoid trouble.

Things can get really bad especially if you are in a country where maybe you are from an English-speaking country and you are in a non-English-speaking country, for example, there are some countries in Africa where their international Language is French, so Let’s say you are from America and maybe you don’t speak french, and you get arrested, I think you get the picture.

If you find yourself in East Africa, you won’t have a problem as far as English goes because in East Africa English is one of the official languages of countries like Kenya, Tanzania, Uganda Rwanda, Burundi, but as you get into central Africa you will come across countries who’s international language is French.

But in West Africa, countries like Nigeria, Ghana Liberia among others speak English. In Asia, some countries do speak English. But there some things you need to consider, even though English might be one of the official languages, this does not mean that everyone will be able to speak English, Or French.

But it will mean that if you indeed do get arrested, at least you will be able to communicate with the government officials and defend yourself or ask for a lawyer.

PDA ( public display of affection) could be considered disrespectful

Public display of affection is something you need to reconsider when visiting many African countries and Middle Eastern countries. One of the segments in the 90-day fiance show was Benjamin And Akinyi, Benjamin is an American guy from Arizona and he met Akinyi online and has decided to travel to Kenya to go and meet Akinyi for the first time.

As Benjamin prepares for the meeting with Akinyi’s father he consults with Akinyi to try and figure out how he should conduct himself when he comes face to face with the man who could potentially become his father-in-law. Anyway, first I have to commend Benjamin for making an effort to learn how he should behave it shows he respects the culture.

If you watch the video that I am going to link here, you can see that when Akinyi motions for Benjamin to Kiss her, she points at her cheek, this is because there are cameras and she feels uncomfortable kissing in the mouth with people watching. Kissing in the mouth is reserved for when the couple is having some alone time.

Hand holding, this depends on the couple but again it can get uncomfortable walking in the streets of Let’s say Nairobi holding hands, first of all, it’s not something we are accustomed to and the next thing is that the streets of most African countries are very busy and there are always many people walking and going about their daily business.

So you stroll down the streets holding hands and kissing in public you are slowing the traffic and actually, you are making yourselves vulnerable to pickpocketing and mugging, actually, I would advise if you are in the streets of Nairobi, Lagos or any city in Africa walk quickly and act busy, if you want to sit and talk then go into a cafe and have a drink and talk. otherwise, if you want to stroll then you need to go to the park.

If you go and meet the elders in shorts and T-shirt, they see it as a sign of disrespect, you need to wear long trousers and if it’s possible, wear a long-sleeved formal shirt you don’t need to wear a tie.

In Africa, it will be considered respectful in most countries if you go to meet the elders wearing a dress and it has to be a dress that has sleeves ( not necessarily long sleeves) is long enough to cover your knees, it’s also important that you take a scarf with you so when you sit down you can cover your legs.

When greeting people you must shake their hands, you can just say hi, you need to hold the other persons hand and not the fingers you need to give a handshake and in most African cultures it’s considered very respectful if you use your other hand to hold your elbow as you shake someone’s hand.

In some cultures when greeting the women of the future in-laws, it might be considered disrespectful to hug them so just stick to handshake unless they initiate the hug, your future mother-in-law might hug you as a sign of acceptance, and the young men in the family will likely hug you and show you the latest youthful greetings which are usually made up so they could be anything from fist thumping and then gentle chest punch twice and then fist in the sky, it could be anything lol.

When it comes to food, it’s very rude if you don’t eat the food because the food is prepared in your honor so if you don’t eat it, it shows that you don’t appreciate the efforts, so the best thing to do is to get your girlfriend/boyfriend let the family know what you like so they can prepare something that you will be able to eat.

If that is not possible, then just try the food as a sign of respect, you might like it but you won’t know unless you try.

It’s very exciting when you finally get to meet the person you’ve probably been talking to online for a while and now it’s time to take things to the next level. As you prepare for your meeting, one of the things you need to do is research the culture of the country you are visiting and if possible learn at least 10 words in the local language especially if you intend to meet the family of your girlfriend/boyfriend

Learn how to say hello, thank you, you are welcome, and maybe how to introduce yourself.

I hope this article will be helpful to you, I would like to hear your views so please leave me a comment below