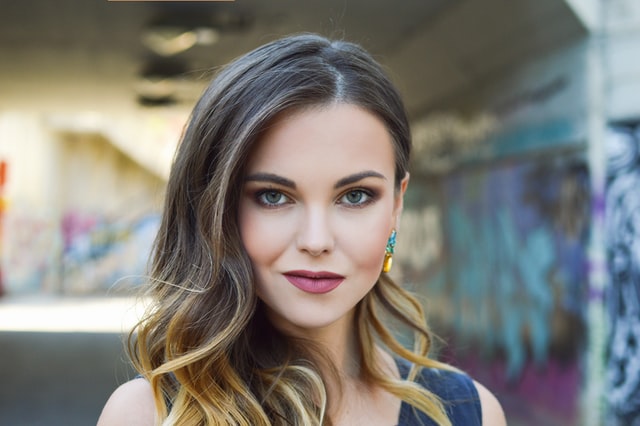 Today I want to turn the tables on the article I did a while back where I talked about older women seducing younger men now I want us to discuss young women seeking older men on dating sites. Why would a young woman be seeking an older man? This practice has become very common on dating sites, online dating has made it very easy for young women to search for older men.

OK, now I know that you are saying that I am stereotyping, but Let’s be honest show me a 25-year-old woman who is dating a 60-year-old man out of love and physical attraction, I will wait… in order for the 60-year-old gentleman to enjoy the company of a 25-year-old arm candy, he has to cough up some money that is a fact, expensive gifts, cars, and luxurious lifestyle.

Another thing that I find very interesting is that actually, the older fellows want the younger women, some 60-year-olds don’t even want a 25-year-old they want younger, and my opinion about this is, if you want to date a college kid, well, then you better pay for it because honestly, this is just a business transaction.

And the funny thing is when older men get it on with young girls, society seems to accept it, but when a wealthy older woman gets herself a toyboy, then it’s a problem, why is this? I mean if the 60-year-old guy thinks he can keep up with a 20-year-old girl why is it wrong when a woman of the same age does the same thing?

Apart from the financial security, there are other reasons why a young girl would rather date an older man, to be honest, most women who prefer very old men, they have some deep unresolved issues, some have daddy issues, and they feel like being closer to an older guy makes them have the kind of fatherly security they never had growing up.

Why I am I am saying this and what I am I basing this information on? when speaking to a young woman I know who is dating an older guy as we speak, whom she met online by the way, I asked her why she is dating a man twice her age yet there are so many men her age online she told me that, the older guy makes her feel safe and secure.

So I said that is fine and because I know her very well and I know her background, I asked her “don’t you think that maybe your attraction to older men is caused by your father abandoning you at an early age?” she told me “I was right and that sometimes she wishes she didn’t have to have sex with the older guy”.

Because sometimes she visualizes him as the father she never had growing up. OK, I know that’s just one case but there are some young women out there who are attracted to older men because of some personal issues, and then there are those who just want someone to give them luxury in exchange for sexual favors.

A woman can be very deceitful when she is after something, these young women can actually convince the older guys that they are indeed in love with them and they will fake whatever needs to be faked in order for them to get what they want, did you know that a big percentage of women fake orgasms, even the married ones?

Let’s Look At This From A Different Angle, Why Are Older Men Going For Younger Women?

OK, apart from the obvious reason which is young tight body, what else are these older gentlemen looking for in younger women? This one I will share my experience because when I was doing my online dating I was approached by a few older guys.

I always gave guys chances to state their cases and on one occasion I was approached by a very charming older guy, so we got talking and I asked him well, so Let’s say we start dating, why would you want to date a younger woman apart from the obvious reason, he said he preferred younger women and especially younger women from developing countries because they will respect him.

Well, that makes some sense because in most developing countries we are taught to respect our elders and to some extent, we do respect our elders but the problem in that scenario, the parties involved are not equal in the relationship, OK I know in most cases financially they will not be equal but, even in the aspect of the relationship, they are not equal, one will most likely try to control the other and in most cases, the older one will be the one doing the controlling.

And this got me thinking, if those old guys were just your regular Joe, would they be there surrounded by all those beautiful young women who looked like they were ready to jump on them at any given moment, I mean the girls were drooling and I think it was my imagination but I could have sworn I saw euro and dollar signs in their eyes lol :).

So anyway, the interview went on and the guys were introduced to the model looking, girls, the oldest girl was 28 and the youngest guy was 50, and even though the matchmaker kept saying that she is helping the guys find love, one of the guys said that he has spent his life making money and now he’s got lots of it and he can buy whatever he wants.

That left me with a question, does that include love, can money buy love, and if so, what happens if something happens and he loses all the money, does he lose love too?

But let me just give the benefit of the doubt

Human beings are very funny creatures and sometimes people do fall in love and the age, race or color doesn’t matter when it comes to the matters of the heart, but the only way I will believe that a 25-year-old is in love with a 60-year-old guy, is if indeed he is not a millionaire, and he is not an American or a European dating a 25-year-old woman from Africa or Asia.

Why do I say these things, many young women are seeking older men from America and Europe because they want to migrate to these places, I m I am saying all African women and Asian women are on dating sites for this reason only? No, that’s not what I am saying but, there is a number of young women who are on dating sites, just to seek older men for green card purposes.

So the guy will be all happy that he is bringing his African or Asian bride to America, but behind the scenes, there will be other plans taking place.

I think that online dating is a good thing and it makes it possible for people to connect with people who would otherwise never have found each other, online dating has made the world but a village. Now although there are people who are genuinely searching for love, there are many opportunists who are just there to find a luxury lifestyle.

And there are also others who are just there to satisfy their lustful cravings, now the only way to do things, is to be honest, there are some people who are actually honest, and actually, those kinds of people join sites that are designed for those types of arrangements, that way, everything is in the open.

And I think that is the right way to do it if a young woman just wants someone to buy her expensive gifts in exchange for sexual payment, then they should have some type of business transaction.

Anyway, I know this is a touchy subject so I request your comments, what do you think about this subject? leave your comments below