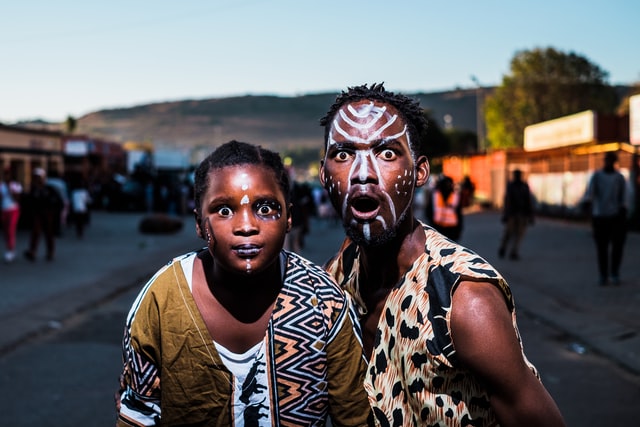 Today I would like us to talk about international online dating how to handle culture shock, and the kinds of things you might encounter when dating out of your geographical and cultural zone. I am going to touch on different subjects and some are a bit sensitive so please bear with me. The purpose of this article is to help you prepare yourself in regard to international online dating.

First I would like to start by saying all people do have their traditions and cultural practices, its just that in some parts of the world some of these cultures are more pronounced, and also some of the culture and practices like in some parts of Africa can be very cruel and unnecessary.

International online dating You might get spat on in Greece

She told me even though some of these practices are influenced by religion, they are still traditions, for example in Greece there are a lot of beliefs, for example, they believe in evil eye and if a person thinks they have caught a evil eye, they have to consult a healer who will say a special prayer so the victim can be cured of the effects of evil eye.

During The Wedding The Couple Might Be Spat On

When a couple is getting married its traditional to spit on them as way of blessing them and to wade off misfortunes and evil eye, the spitting also comes in handy when one is speaking of bad things like accidents or death, the person must spit on the ground 3 times and say ”ftou” 3 times to chase away those evil things.

Of course this not to say that next time you visit Greece you should go around spitting on people this could get you into a lot of trouble and you will probably get many slaps or end up in jail. The spiting is usually done by old Greek people who still believe in such things

This goes too for someone who is complimenting a beautiful woman again, leave the spitting to old people less you earn yourself some slaps 🙂 or a beautiful child, after the compliment, the person must spit on the person receiving the compliment 3 times less they catch the evil eye also in many parts of Europe including Scandinavia, the wedding ring is worn on the right hand.

And the remedy to this is to touch a red object otherwise its believed that you could end up in a big fight if you don’t hastily mend the situation. Seeing a black cat is considered bad luck and Tuesday the 13th is the unlucky day and not Friday the 13th.

But in some countries and especially in Africa and some Middle Eastern countries, things can get very rough and cruel all in the name of traditions and cultural practices.

Let me start in my own country of Kenya, we have many tribes 43 to be exact and each tribe has its own cultural practices, I am lucky because my tribe does not have cruel practices although they used to have them before and the generation before me had to go through these cultural practices especially the people who lived in rural areas of the country.

One practice that is absolutely cruel and unnecessary, is what is called the cut, if you are dating a woman online and she is from Africa, you have to ask this uncomfortable question, you have to ask her if she has gone through the cut, I know its not an easy question to ask but you have to.

The reason why I say you have to is that a woman who has gone through this practice, need to be handled with care because she is physically and mentally traumatized, so as much as she might appear normal and healthy, there are some things going on with her that you need to know, so you can make a decision if you have what it takes to be in that kind of relationship.

This is a very touchy and sensitive subject but I do want to give you helpful information, so I will try to elaborate what the cut is even though I think you must have guessed by now. So what is the cut and why is it performed? Well, to be honest, I really don’t see the purpose of this practice other than to torture young girls.

The cut is what human rights activists refer to as FGM- female genital mutilation, its a practice that is carried out on a young girl of as young as 6 years old this practice is carried out in order to control sex drive and take away a woman’s ability to enjoy sexual experience because its believed that by removing a woman’s clitoris her sexual urges will decrease.

You need to find out if your woman has gone through this practice because it can affect many aspects of your life together read more about this terrible practice here.

There other cultural practices but I think the one I mentioned above is one of the most serious ones and should be stopped. Other cultural practices in Africa include paying a dowry for your wife, of which I don’t agree with either because I do not believe that a human being should be bought. Yes, I do agree in giving a token of thanksgiving to the parents of the woman for giving you a wife.

But I do not agree with the idea of people demanding to be paid a certain amount of money in order for their daughter to get married, this is unacceptable to me because once you buy someone, that means they are your property to do with them as you please, to me this is a form of slavery, in some parts of Africa women get killed because when they try to go back home after being mistreated by husbands, they are forcefully taken back to the husbands because the family does not want to pay back the money the husband paid as bride price.

So the woman is taken back to the abusive husband and she ends up seriously injured or in the worst cases she ends up dead, as I said this practice is unacceptable to me, as a sign of respect and gratitude, the parents of the bride should receive something but it should not be a bride price.

Actually, in some situations, the couple does end up either eloping or breaking up because the negotiations can get brutal and if the parties don’t agree on a price, then things can get ugly. So in my humble opinion, I think this tradition should be abolished.

Another thing that you might want to keep in mind is that when meeting the family of your African girlfriend, PDA is a NO. public display of affection could be considered disrespectful especially in Kenya, in my tribe, people don’t touch or kiss in front of the elders, it’s just recently that in weddings people started doing the whole you may kiss the bride thing. And actually, some old folks still find it uncomfortable to watch.

If you visit your future in-laws you need to eat the food prepared for the occasion because if you don’t eat, its considered very dis respective and the elders could get very angry and you don’t want that, actually I have read that even in Asia this is a tradition that you must eat the food prepared by your future in-laws. So if you are allergic to something, you better let them know beforehand so they can prepare something that you will be able to eat.

I will say if you are doing international online dating, its wise to do a bit of research about the country where your significant other is coming from and learn a few things about their cultural practices and beliefs, that way, you will be well equipped to handle any surprises, for example, I saw a guy on TV who was marrying a girl from Thailand.

And he was told that in order to get permission to marry he has to bring 12 bars of solid gold, I did a quick search on google and found out that they were swindling the guy and in fact he only needed 2 bars of gold, and the so-called bride to be didn’t say anything, I guess she didn’t want to fight with her family members.

I hope I have given you an idea of different cultural practices and things to expect when you are involved with someone from another country than yours.

I really would love to hear your laws on this subject so please leave me a comment, and I will be very happy to interact with you on the comment area.

Back to Home page.