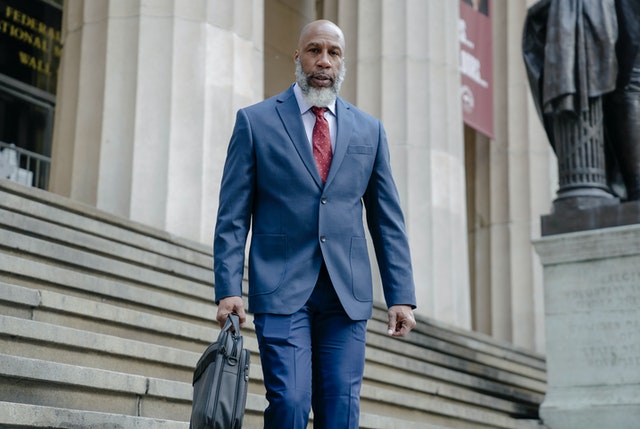 Alright, there seems to be a narrative that is going around on the internet, Wealthy Black men are arrogant and they can not maintain a loving, Faithful respectful relationship. So do most successful black men cheat? And even some successful women in the media industry have taken it upon themselves to drag Black men, especially black American men through the mud.

Claiming that most Wealthy and successful Black American men are not capable of remaining in a monogamous relationship.

Let me first address the issue of color, does your color determine how you are going to behave as a human being? Your moral code and your ability to have a faithful relationship? In my opinion, the answer is no. Being black has nothing to do with whether a person will cheat in a relationship and I am really tired of reading or hearing about black men this or white men that.

Cheating Is A Choice And It Has Nothing To Do With The Color Of One’s Skin.

Sure the culture and how someone was raised might have an impact on their morals and beliefs but I honestly don’t believe that the color of one’s skin or economic status would determine whether they are going to be faithful in a relationship or not.

In Africa where I am from, polygamy is still a thing and that means men would have affairs and not feel so guilty about it, as a matter of fact, there are so many terms used to describe affairs. Now does this mean that most African men are not faithful? not necessarily, because most African countries are very religious, most men are raised in either Christian upbringing or even Islam.

Does It Mean Because In Most African Communities Polygammy Is Common That African Men Can’t Be Faithful?

Now I cannot talk too much about Islam even though I have many Muslim friends, and I am familiar with their religion, I would rather talk about something that I fully know and understand and that is Christianity.

In the Holy Bible, the only thing that can be grounds for divorce is infidelity. But why? because the Bible says that the marriage bed must be kept holy, and therefore most Christian African men opt to follow this advice and just stick to one wife and be faithful to her, and the same goes for most women too, they opt to be faithful to their husbands.

But region aside, I think it all boils down to your character and your morals because if you are the cheating kind, religion is not gonna stop you. So again we go back to choices, the choices you make about your life and about your relationships. If you decide, you will never cheat on anyone, then that is how its gonna be.

What About Success, And Wealth Do They Contribute To Cheating?

Well, the truth is when a man is wealthy, he will have many opportunities to interact with all kinds of people especially if he is running a business. Or if he is in the Entertainment business or even the sports industry.

The truth is men who work in the entertainment or the sports industries, are prone to cheating, And I think this is because there are many opportunities to do so. There are women who would just throw themselves on a man even if they know the man is married or in a committed relationship. So is it the women’s fault, no, I think both parties are to blame, the man can and should make it clear that he is not interested.

If Beyonce Could Be Cheated On, What Chances Do We Have?

But I guess for some men it’s hard to resist the temptation, I mean when the news broke that JZ had cheated on Beyonce, my thoughts were if he can cheat on such a woman, what chances do we small people have?

But does it mean that if you are working in a high temptation industry like entertainment or sports you can not be faithful? As I mentioned earlier, cheating is a choice, you chose to let that person into your life, and you open the door for them to convince you to violate the trust and the special bond you have with your wife, girlfriend, or partner.

So let’s Go Back To Our Original Question Do Most Successful Black Men Cheat?

In my opinion, I think there are many successful/Wealthy black men who don’t cheat on their wives/girlfriends. Success and wealth do not automatically turn a man into a cheater just like color doesn’t turn one into a cheater. So my answer to this question is NO it’s not most of the successful black that cheats. It’s just some.

I don’t even know why we are concentrating on color and wealth when we should also be talking about gender, women cheat on their husbands/boyfriends all the time, especially successful/wealthy women.

The truth is, these days where the whole world has become but a big village where people are connected by the internet and social media, it has become very easy for people to devalue relationships, and it has also become a challenge to maintain good morals and maintain ethics.

Is Emotional Cheating The Same As Sexual Cheating? And Which Is Worse?

When it comes to women. Cheating goes way deeper than let’s say when men cheat. Most men are capable of having a sexual encounter and just move on to do other things and not even think twice about what just happened.

But before a woman gets to be with a man, there has to be some kind of emotional connection, you can disagree with me but I have seen many cases where women have affairs and then they just can’t move on and in some cases, they end up destroying their marriages because if the husband forgives her, she is still not able to move on and forget the person she cheated with.

In her book, actress/singer Jesica Simpson describes an emotional affair that she had back in 2005 with her co-star in the movie Dukes Of Hazzard. Jesica describes the affair stating that she felt as if there was a force drawing them ( her and Johnny Knoxville) together.

She goes on to say that she felt a special connection with Johnny that she did not feel with her husband at the time Nick Lachey, remember at the time Johnny was also married to Melanie Lynn Clapp, who he had married back in 1995, and Jesica knew this and also it means by the time of the affair Johnny had been married to his wife for 10 years.

In her own words, Jesica admits that, even though she never had sex with Johnny Knoxville, the emotional affair was a worse betrayal to her marriage than a sexual affair.

In my opinion, an emotional affair is as bad if not worse than a sexual affair.

But What Makes People Cheat?

After we have eliminated the stereotype, let’s try to find reasons why people would cheat regardless of color, gender, or economic status. The truth is, someone, might be in a relationship where maybe they are getting some things out of it but they are not getting everything they need.

So they choose to go outside of the relationship in search of that one thing that they are not getting. I think this is a very bad idea because by holding on to the relationship knowing very well that you are not fully satisfied, you are not only depriving yourself of happiness but you are also depriving your wife/husband or girlfriend/boyfriend of their happy ever after.

That being said, there are some people who are just not capable of being faithful in a relationship, and it has nothing to do with temptations, wealth or even lack of something in their current relationship. They just can’t stop themselves from sleeping around.

If you end up with a serial cheater, you better free yourself as soon as you can. Staying, in a relationship where you keep getting cheated on, you are just subjecting yourself to pain and heartbreak. And it even might affect your future relationships, because when you do finally decide to leave, you will be so bruised that trusting again will be a big challenge.

Black or White, wealthy or barely getting by, man or woman, Cheating is a choice. And when you make that choice, you better be prepared to live with the consequences. The truth is and I have spoken to a woman who cheated on her husband, she described the guilt as something she felt at times, she couldn’t handle anymore.

Yes, it might feel good while you are doing it and you probably will enjoy it, I mean why else would you do it if you don’t enjoy it? But afterward, you are going to feel terrible, at least I hope you will, otherwise you will fall into that category of people who just can’t keep their legs closed to affairs.

In my humble opinion, I think its better and respectful to leave a relationship if the relationship is no longer providing you with what you need than to stick around and then end up having an affair.

Anyway, that is my opinion but I would like to hear what you think about this topic so please leave your comments below.